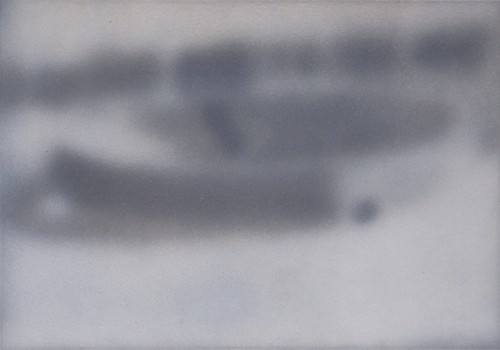 Malerei is a series of nine solo exhibitions, with the duration of one weekend each, showing paintings from Dutch artists.

Buitendijk is fascinated by cultivated images that symbolize the sublime, the human power and its history. The use of aerosols and airbrush in shades of grey give the paintings the character of out of focus black and white photographs making them refer to various media such as newspapers, film and photo documents. In her work Buitendijk consciously shows the specific character of these media. The recording qualities of film and photography that Buitendijk refers to make the

manipulated reality in her paintings more realistic. At the same time the dusty and speckled skin show typical pictorial elements which undermine the

photographic character of her paintings.