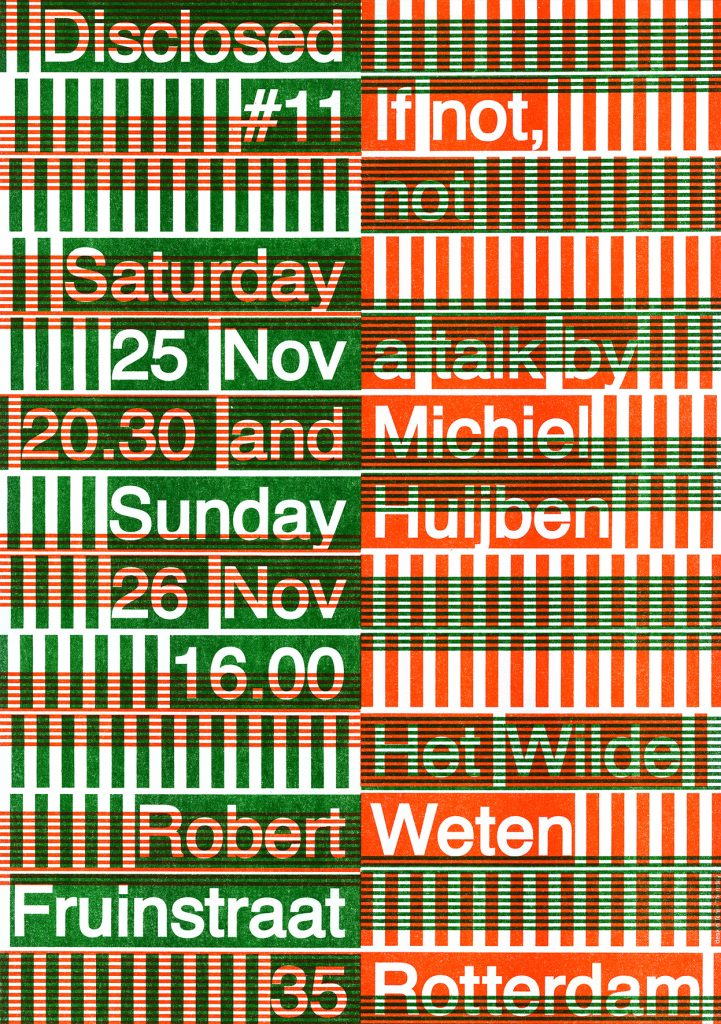 MICHIEL HUIJBEN
IF NOT, NOT

Over the past three months at Het Wilde Weten, MICHIEL HUIJBEN has been researching the work of a man from Rotterdam who, though not an architect, has designed a series of buildings in his life. These designs span the decades from 1960 until around the year 2000. Some of them were made in direct response to local events, others seem to have functioned on a more abstract level – as a mode of thinking. Together, the works give an insight into their maker’s stance towards historical changes pertaining to themes such as immigration, sustainability, terrorism and real estate.

For Het Wilde Weten’s Disclosed series, Michiel will share his research in a talk titled IF NOT, NOT, using a set of architectural models made according to found descriptions.

IF NOT, NOT is part of the public program DISCLOSED initiated by Het Wilde Weten, which will run throughout the coming two years. Het Wilde Weten consists of sixteen artist that have a studio in the former nunnery at the Robert Fruinstraat. Every six weeks one of the members hosts a public event that derives directly from their artistic practice. This results in lively series of talks, exhibitions, screenings, performances and more, disclosing the energy and pluriformity of the collective and creating public moments to meet and interact.

This program is kindly supported by the Mondriaan Fond.